The Upper Missouri River, defined as the stretch between Holter Dam and Cascade, Montana, flows through a unique region called the Adel Mountains.
The Adel Mountains tower above the Upper Missouri River and are made up of volcanic ash deposits mixed with an alkalic magma called shonkinite. The purple layers within these rock formations is a "deep earth" mineral known as augite. 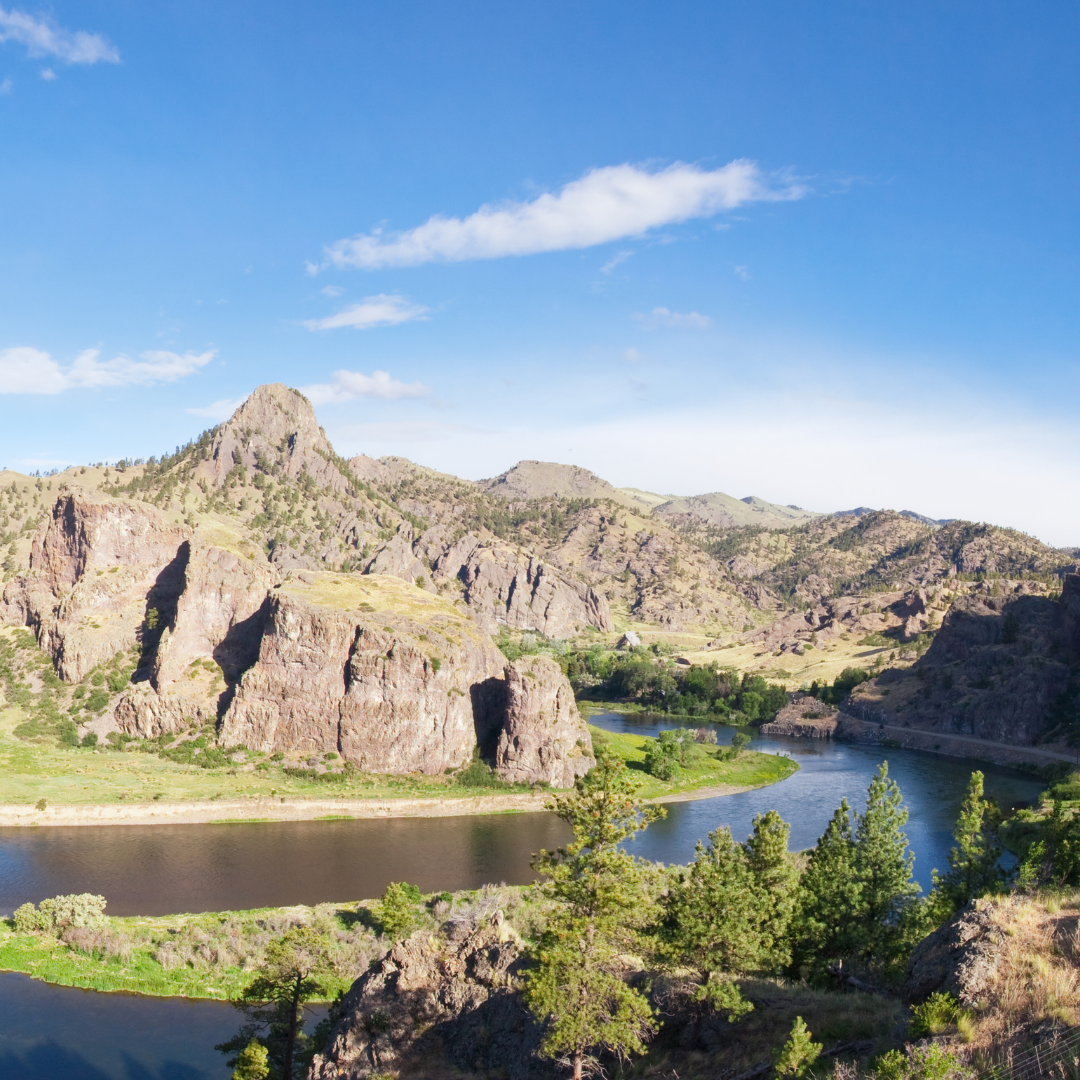 Geologic history of the Adel Mountains

Around 75 million years ago, there was a series of volcanic eruptions that violently exploded magma from the earth. These eruptions occurred in the Great Falls Tectonic Zone, which is a region where two continental plates collided over a billion years ago.

Continuous erosion has exposed this ancient underground activity into what we see along the Missouri River today, the Adel Mountain Volcanics.

The Adel Mountain Volcanics formed when magma ascended along cracks and fractures with enough pressure to split the rock walls apart.  All along the Adel Mountains, particularly in Mid Canon, Missouri River boaters and anglers will notice dark ridges, called dikes, poking out of the mountains.

The Adel Mountain range lies on both sides of the Upper Missouri River and is around 40 miles long and 20 miles wide.

Built in the 1930s, the old highway that cut through this region provided travelers the first direct route from Helena to Great Falls, Montana. Now, Interstate 15 follows the Missouri River all the way to Great Falls.

If interested in learning more about the Upper Missouri River’s cultural and geologic history, be sure to visit Tower Rock State Park.

This notable 424-foot high rock formation was a key landmark used by Native American tribes when navigating the plentiful, prairie hunting grounds around the Missouri River.

Tower Rock was also noted by the Corps of Discovery when Captain Meriwether Lewis noted in his journal: “At this place there is a large rock of 400 feet high wich stands immediately in the gap which the Missouri makes on it’s passage from the mountains… This rock I called the tower. It may be ascended with some difficulty nearly to it’s summit and from it there is a most pleasing view of the country we are now about to leave. From it I saw that evening immense herds of buffaloe in the plains below.” Meriwether Lewis, July 16, 1805 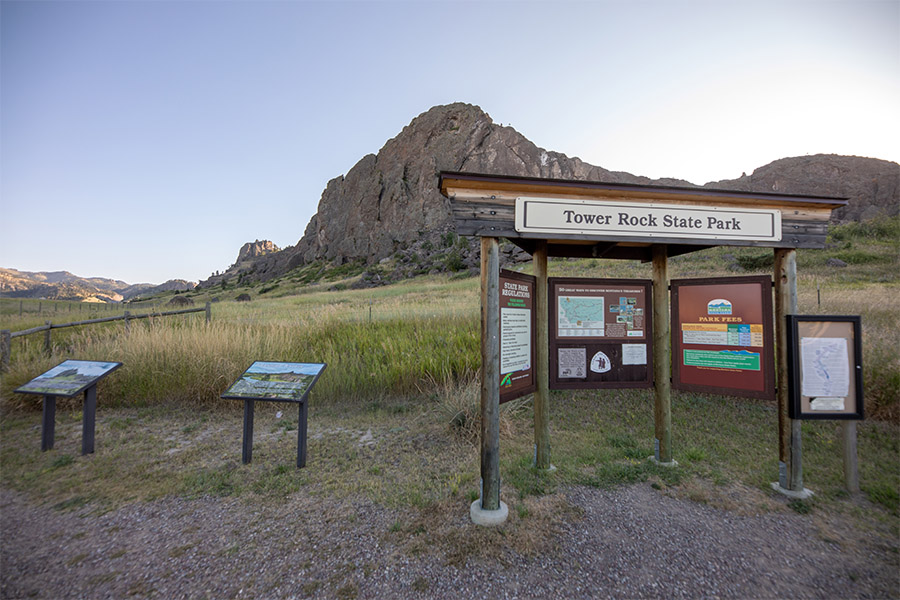 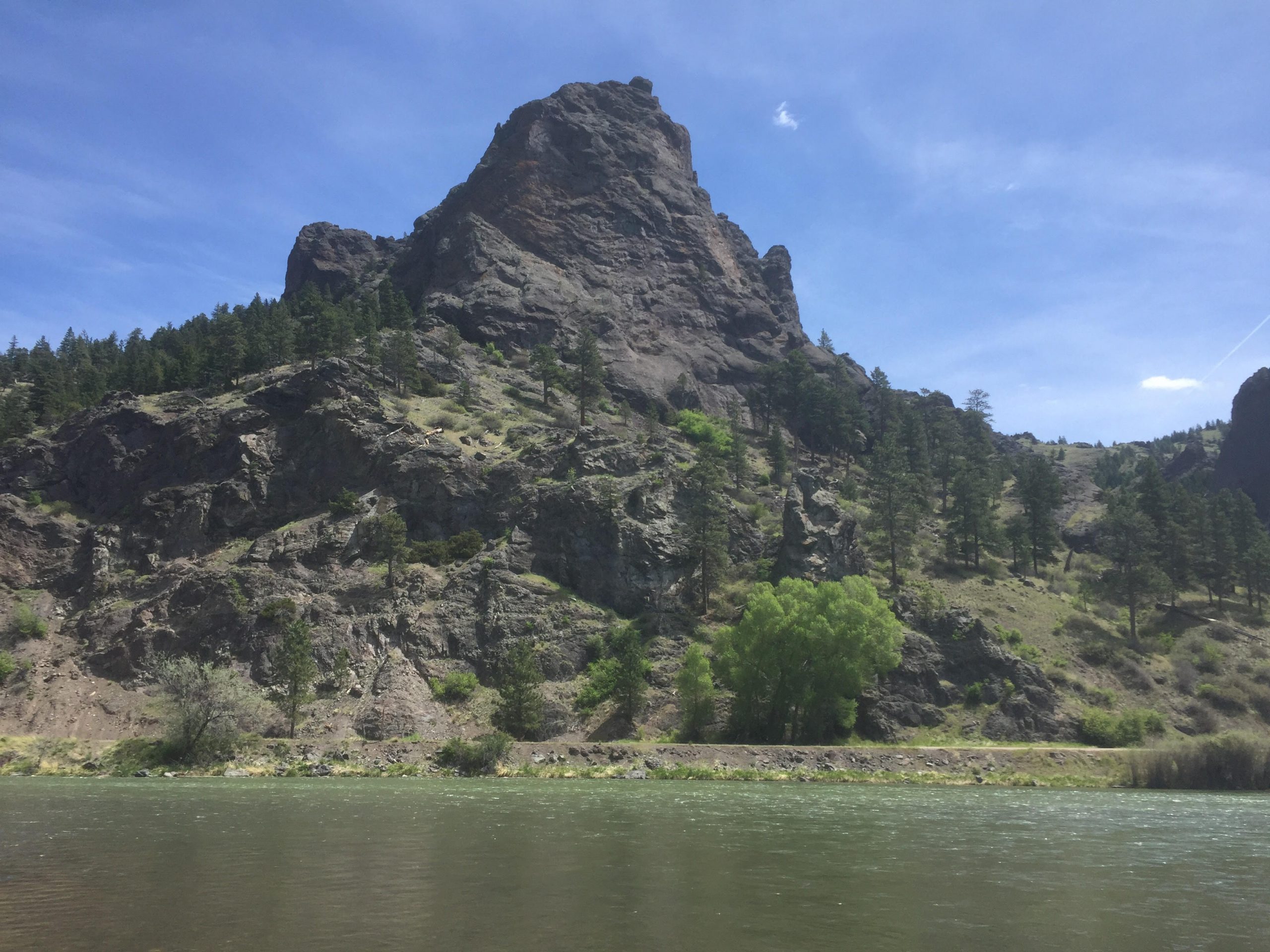 In 2021, UMOWA will partake in the following events:

Stay Tuned for details on these conservation events! 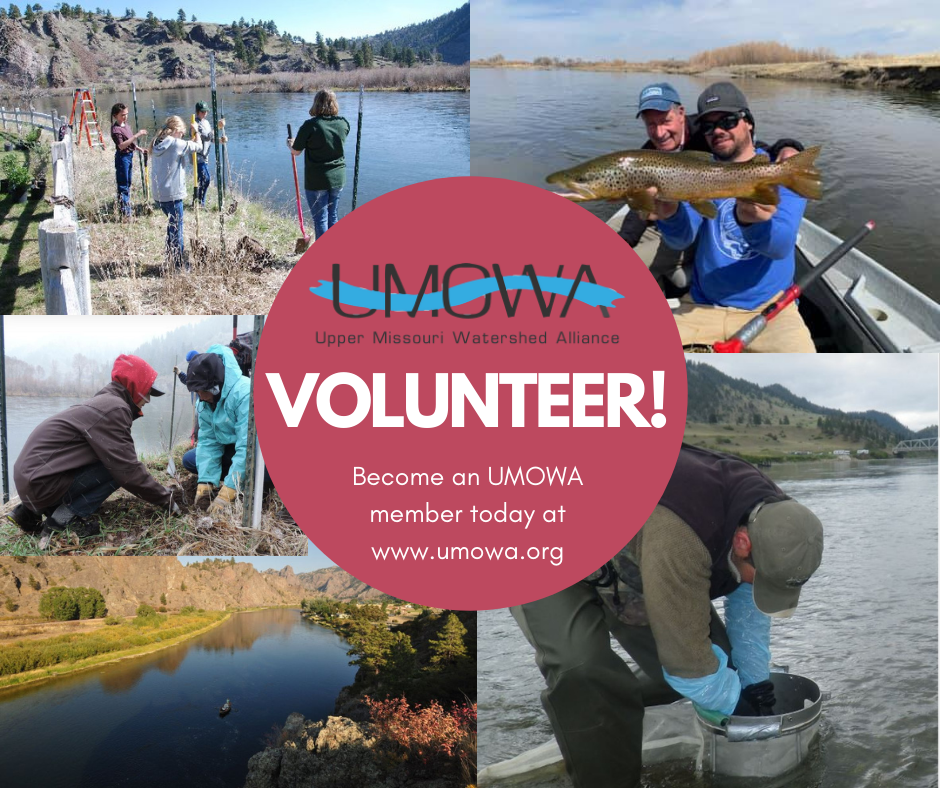