WHY SHOULD UMOWA MEMBERS CARE ABOUT WEEDS?

The Upper Missouri River watershed is threatened by a silent invasion: noxious weeds.  Users of the Missouri River system between Holter Dam and Cascade, Montana will encounter multiple infestations of noxious weeds.  Weeds such as Knapweed, Toadflax, Leafy Spurge, Houndstongue, and Hoary Alyssum are readily apparent at multiple fishing access sites, as well as along the river banks, and on many of the islands throughout this section of the river. The new invasive, Purple Loosestrife, has been seen in this section as well.

UMOWA’s mission is to “understand, conserve, and enhance the unique ecological and recreational resources of the Upper Missouri River Watershed”. Why should UMOWA’s members be concerned about weeds?  The answer is that the spread of noxious weeds threatens the Upper Missouri River’s ecological and recreational resources and, if the weed problem is not addressed, the threat will surely become more serious.

Noxious weeds are non-native plants that lack natural limits to control their growth and spread; without constraints, noxious weeds can expand exponentially.  Spotted Knapweed, for example, was introduced in the 1920s and now occupies nearly 5 million acres throughout the Montana landscape.

Weeds degrade water quality when they displace native plants. Some weeds will conduct chemical warfare against native plants and actually change soil and water chemistry.  Native plants tend to be more densely rooted and one study found that displacement of native grasses by Spotted Knapweed increased water runoff during thunderstorms by 56% and soil erosion by 192%.  Increased runoff means less rain is absorbed into the soil and tributaries that are so vital to spawning fish.

Weeds reduce biological diversity by outcompeting native plants and forming dense monocultures.  One study found that Dalmatian Toadflax increased by 322 percent in four years, while native Crested Wheatgrass decreased by 172 percent.  There is also evidence that weeds result in the local extinction of some rare native plants.

Noxious weeds decrease forage and habitat for many species.  Researchers have found that a dense Knapweed infestation on rangeland decreased winter elk forage by 50-90 percent.  Montana Fish, Wildlife, and Parks notes that noxious weeds also reduce forage for Rocky Mountain bighorn sheep.  There is evidence that Purple Loosestrife will replace desirable food plants in rivers and less food can drive out aquatic mammals, such as muskrat and beaver, and reduce nesting by ducks and geese.

Please support these efforts by donating and contact us if you have questions or suggestions. 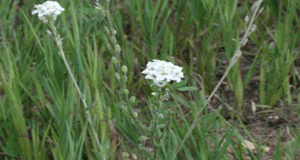 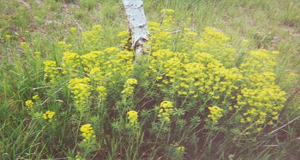 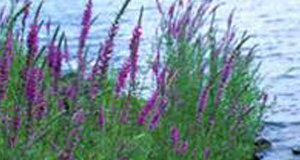 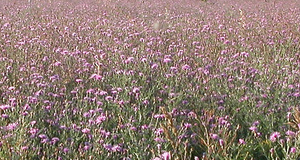 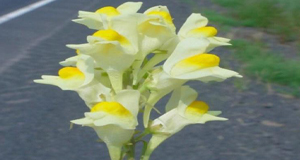 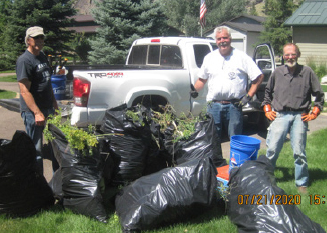 Support our conservation mission by donating to our Noxious Weed Project today!